The old man had taught the boy to fish and the boy loved him. 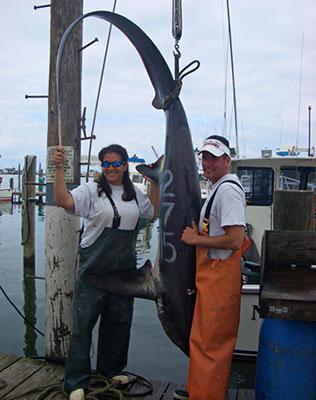 This very sentence, taken from The Old Man and the Sea, is one that we've often quoted when referring to the relationship between Steve and the person who first introduced him to the ocean, his grandfather.

Steve grew up spending much of his time with his grandfather, Robert (Bob) Lake, who eventually became Steve’s best friend. Bob was an avid fisherman himself and would tell us many a story about his days in Montauk fishing on the Viking and his nights at Salivar’s. Steve’s introduction to fishing came at a young age, and once he started, he never stopped. Although Bob continued fishing for many years thereafter, he gradually moved away from fishing and began rod building, a “hobby” that he continued for years. To this day, Steve and I have an entire collection of beautifully built rods, from light to heavy tackle, most with Bob’s signature on them.

Steve and I met over 25 years ago and we’ve been fishing together for almost as long, having spent much of that time in Montauk. This was my introduction to fishing and I fell in love with it immediately. I remember catching my very first fish, a snapper (!!), off the Coast Guard station in Montauk. The fish couldn’t have been more than two pounds, but it was all I needed to become hooked. From there, we started trailering our 22’ Mako to Montauk, first for a weekend, then for a week and then for a few weeks. Our next boat, a 28’ BHM (the first November Rain), would be docked in Montauk for half the season, and then, eventually, a full season. In 2003, we started NOVEMBER RAIN CHARTERS, and in 2004 we purchased the second NOVEMBER RAIN, a 35’ Young Brothers, which we fished on for 11 years. In 2015, we introduced the newest NOVEMBER RAIN, a 43' Lowell, a multi-passenger vessel on which we can comfortably carry up to 20 people. This boat has proven to be our best ever, and we’re looking forward to enjoying her for future seasons.

We don’t claim to be more knowledgeable than other captains, nor will we tell you that we’ll catch more fish than any other boat. What we will tell you, however, is that if you decide to fish with us, we will try our absolute best to make sure you have a great day, including going home with a great catch.

On July 15, 2006, Bob passed away. There isn’t a day that goes by that we don’t thank him for having introduced us to the love of our lives. He is now one with the ocean and I know he watches over us when we’re out there.

On January 26, 2013, after years of swearing that we would never, ever, ever do it, Steve and I finally got hitched. We were married on the beautiful Playa de Bavaro in Punta Cana, Dominican Republic, in front of our family and friends. It was absolutely perfect. I'll tell ya, there's only one thing better than marrying your best friend, and that's fishing with him! Although, rebuilding a boat with him was pretty damn awesome (even if we didn't necessarily agree on everything)!

Check out the rest of our website to learn more about the NOVEMBER RAIN or visit us on Facebook. 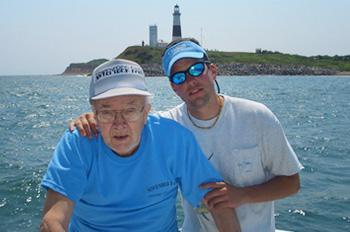 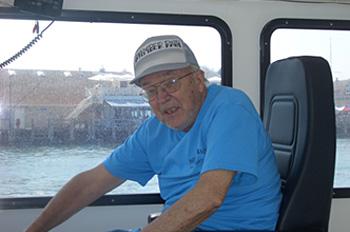 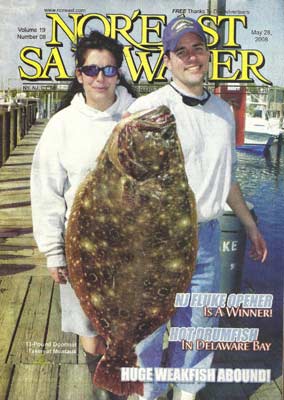 Had a great trip with us and want to share it? Tell us on our Facebook page. We'd love to hear from you.

Ready to fish? We're ready to have you aboard! Tell us what date and time you're interested in, and we'll help with deciding on a charter that's right for you.

Rates vary by charter. If you're not sure what kind of fishing you're interested in, take a look at our types of charters and season schedule.